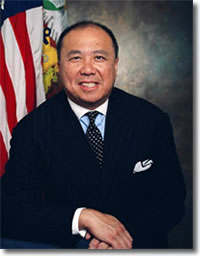 The epitome of a C3 Leader is their role in impacting their business, their community and their culture by the demonstrable and life-giving model of Christ.

Ed Moy is such a leader.

Born in Michigan to an immigrant Chinese Family who fled the Mao Zedong Communist revolution, Ed was raised in Wisconsin. Very early he became a working child in their restaurant.

His parents dream was to have Ed become a doctor. Ed was a good Chinese son; and Chinese sons always support the family dream. But when Ed left for school he entered a “marketplace of ideas”. And it was an eye opener. He began to develop an interest in leadership and business. What became apparent was his interests and heart were changing. He began to develop a vision for himself that involved leveraged collaboration with people of impact and influence in the marketplace.

After the first year of pre-med he realized what he wanted was going to conflict with his parents dream. Sons become doctors. They bring pride and status to the family. But he knew it was not his dream. But it would take a few more years to get the courage to confront his family.

He eventually did, explaining to them his interest in Economics and Political Science.

His parents were disappointed and ceased subsidizing his education. They also provided no encouragement. With the brunt of the financial burden now on his back, he continued his schooling eventually receiving a Bachelor’s degree in 1979 in Economics, International Relations, and Political Science.

Ed became a Christian as a senior in College. His mother and his father were not.

“It was a life changing experience”, said Ed. “I came to the conclusion that life was pretty empty and the answer might be Christ. A leap of faith was needed.”

However, after accepting the Lord, he was immediately confronted with Christian friends whose view of ministry conflicted with his. “All my friends challenged me by asking me what I was going to do to serve the Lord”, said Ed. “They believed that God wanted me to serve Him in full time ministry. Full time ministry to them was a Pastor or a Missionary. And to do that suggested Seminary as a next step. No other way.”

But Ed found there was another way. When he entered the workforce with Blue Cross Blue Shield United in Wisconsin, the head of his department was a believer. “He encouraged me by telling me that all Christians, without exception, are called to full-time ministry in every aspect of life.”

This was a seminal moment for Ed. Faith and Work met. A powerful and compelling nexus that would guide him the rest of his life.

At Blue Cross Blue Shield Ed began his career as a sales and marketing executive. Managed health care was a fairly new field and he would end up specializing and leading the new offering into the marketplace for the next 10 years.
He also took an active role in the community. He volunteered on the George H.W. Bush Campaign leading to his election in 1988. He also was appointed by then Governor Tommy Thompson to oversee the deregulation of hospital rates on the State of Wisconsin Board on Health Care Information.
The combination of his health care subject matter expertise and political experience led to a political appointment in Washington D.C. with the U.S. Department of Health and Human Services working to regulate and integrate managed care options into Medicaid and Medicare. The Health Care Financing Administration (HCFA) was the federal government agency that oversees and manages Medicare and Medicaid and is the predecessor to the Centers for Medicare and Medicaid Services. His challenge? Jump start the effort to integrate managed care into our nation’s largest health insurance programs.
After resigning his appointment after the Clinton election, he spent time with Private Equity, start-up companies, a CEO of a managed care company and finally co-founded a consulting practice that advised and provided services to rapid-growth companies primarily in health care services.
By 2000, he was recruited by George W. Bush to serve the country once again.
He worked for this Bush Administration for two terms. He intially became part of the presidential transition team and then became White House staff after the inauguration, helping to staff key positions throughout the administration. He displayed a natural talent for aligning the goals and metrics of a position with the right candidates. His ability to fill all of the positions on time with top talent was highly recognized.
He also had a front seat after 9/11 when he watched the President’s vision change and begin to focus on protecting our country. Ed played a pivotal role in the formation of the Department of Homeland Security.

By 2006, he and his wife wanted to have a family. They had applied to adopt a child from mainland China. The President, rather than lose him, decided to appoint him to Director of the United States Mint.

He was confirmed within a month of his nomination and served a 5 year term.
When his term ended, he decided to move to Seattle to become an officer and a director with L & L Energy Inc. a NASDAQ-traded company that operates coal-related businesses in China.
With his job responsibilities, a hard driving CEO, and international travel, Ed had a hard time connecting with the faith and business community in Seattle. However, he met Dave Brenner a member of C3 who invited him to a luncheon. There he met Jon Sharpe and began participating in C3 activities.

“The significance of C3 to me is the affirmation that God is at work in community, in Seattle”, said Ed. “The body of C3 is dedicated to the faith/work nexus. And within that nexus leadership is important and encouraged.”

Ed had heard that Seattle was not a particular strong faith-based community. However, he has found a small but committed community. C3 is part of that community. “There are a wide variety of people in C3”, noted Ed. “And they are not lukewarm. There is a kinship of minds. There is a process for leveraging those minds.”

Ed’s term ‘nexus’ embodies the heart and purpose of C3: Spirit led leaders impacting every marketplace linked together intentionally as a true ministry of Christ. 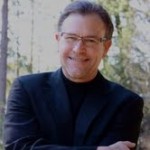 Previous StoryWhy Do We Do Business? (Martin Barrett of Sozo)
Next StoryDr. James Houston speaks about thinking well and acting righteously