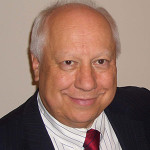 As you may know by now, our dear friend Ralph Palmen passed away on May 11, with his family at his bedside.  Ralph is our friend, mentor, and example of an outstanding godly life that we would all like to emulate.

I have been a recipient of Ralph’s friendship as he encouraged me to lead C3 Leaders with a godly passion. I have also observed through the years that Ralph has a vast company of men and women who think of him as their chief encourager and true friend. I am reminded of Jesus words, “No greater love has a man than this, that he would lay his life down for his friends.” Ralph is that kind of man.  I am convinced that the Lord will say to Ralph, “Well done thou good and faithful servant.”

Over the last few years I have had the opportunity to spend time with Ralph where we were able to share deeply about our lives, our families, and our walk with Jesus. This man leaves a godly legacy and his eternal life has just begun. The last time we talked I told Ralph that his life was just in the first chapter and that for eternity he will be shining in God’s Kingdom. I don’t doubt that for a moment.

As many of you know, two years ago Bob Nuber suggested that we develop an award to honor the life of Ralph Palmen. Bob thought we needed to highlight the lives of leaders who have lived an exemplary life of service to Jesus Christ and those who have taken the high ground in their sphere of influence as a lighted pathway for leaders. Bob was spot on to suggest the award be named in honor of Ralph and the linking of the High Ground Award with Ralph Palmen’s name has proven to be a God directed initiative.— Jon Sharpe, C3 Leaders

A celebration of life service will be held at 2:00PM on Sunday, June 5, at Aurora Church of the Nazarene

Ralph Herbert Palmen (73) finished his earthly journey on May 11, 2016 and is in heaven with his Lord. He passed away at his home in Shoreline, WA surrounded by his family.

He leaves behind his beloved wife Darlys, son Mark Palmen, daughter Cheryl and son-in-law Todd MacDonald plus (in his own words) “the greatest grandkids, Olivia and Tayden [MacDonald] who have enriched my life and given me the gift of time and love.”

He is also survived by his three sisters (and their spouses) Darlene Paterson (Steve), Jerilyn Tyner (Tom), Ardis Yake (Larry), numerous nieces and nephews and countless dear friends who will miss his wise counsel, his kindness, and his ready humor.

Ralph was born to Earl and Ruth (Dupey) Palmen in Spokane on September 21, 1942. He grew up in eastern Washington and graduated from Clarkston High School. He attended Lewis and Clark College and Northwest Nazarene College.

He was a Washington state resident all his life, though he traveled widely. One of his early endeavors (managing a traveling gospel quartet) took him to Hettinger, North Dakota where he met his wife-to-be Darlys Kroft. They married in 1967.

He soon found his place in the world of business, becoming vice-president of Acme Personnel, followed by many years at Sherwood and Roberts Real Estate, where he became top salesman and developed programs for hiring and training personnel. His skills in this field led to decades of professional speaking and the publication of three books plus several training programs on recruiting, hiring, and building companies.

Founder and president of the Palmen Institute, Inc. and co-founder of Express Employment Professionals, Ralph had great influence in his field. He served as President of Pinnacle Forum of American, and on the Foundation Board of Northwest Nazarene University. He was selected as one of Seattle’s 100 Newsmakers of Tomorrow by Time Magazine and the Seattle Chamber of Commerce in 1978. He received an honorary Doctor of Laws Degree in 2007 from Northwest Nazarene University.

Ralph was a long-time member of Seattle Golf Club, also a fundraiser for Children’s Hospital of Seattle, a generous supporter of many ministries, an active member of Aurora Church of the Nazarene, and above all a mentor and friend.

He enjoyed travel for pleasure as well as business and loved spending time on the golf course wherever he was. In his early years, he was a fighter. He liked weight lifting and was a trained boxer. At age nineteen he won the title of Strongest Man in the Lewis-Clark Valley. But his greatest fight took place in the last two and a half years of his life as he battled blood cancer (MDS) with the heart of a champion. He never lost his love of a good joke, his characteristic laugh, and his positive outlook on life. Above all, his strong faith in God inspired us all to seek the high ground of God’s unique purpose for each of our lives.