Starting a business can be frightening, especially when you look at statistics. Most business experts believe that two-thirds of businesses will fail in the first two years and less than half of the rest will make it to four years.

Randy Conrads beat the odds. His first venture, Classmates.com, launched in his basement in 1995, became a successful company and was acquired in 2004 for $100,000,000. He also co-founded RedWeek.com in 2002 and has built it into one of the more recognized brands in the timeshare market.

His perspective on how he lives has changed over the years. “I am way past the attitude that the ‘church Randy’ is different than the ‘business Randy'”, said Conrads. “Now I am trying to better emulate a one-person way of living, not just compartmentalize my way through the world.”

“The men in the C3 forum had similar experiences”, said Conrads. “They had all built something from nothing. They knew what it was like to hold leadership responsibility for a business and they all loved the Lord. When we are together it is truly iron sharpening iron. I go home and I think about my friends in the forum and I feel better equipped as a Christian…I want to be around others who want that too so that I can draw on them, appreciate their stories, and grow myself.”

He also knows it takes time. “We at C3 are a cadre of imperfect people. We are a struggling community. We draw on each other. That doesn’t happen fast with a group of men. We don’t link arms quickly. We pride ourselves on being pretty independent. We trust our own intuition. And, so, it takes getting to know each other; getting vulnerable. Listening to each other’s stories allows us to draw strength. Many times I have listened and thought ‘Wow! What a great attitude.’ The group has become an important life mentor to me.”

Conrads is focused on how he must live. “Jesus gave us sound, simple concepts that are also difficult”, he said. “The difficulty is in the ‘how’. How do we apply this? How am I supposed to live? It is not what we don’t understand that bothers us. It is what we do understand that is hard.”

Conrads finds that most leaders want to leave a legacy. “I want to be known as a builder, not a taker”, he said. “I want to be seen as different by those around me and reflect my faith in my actions. I want to be around others who want that too so that I can draw on them, appreciating their stories, and grow myself.”

Conrads became a Christian late in life. And he sees that as an advantage. “I remember what I was like!!! I still can taste how that was! I know the difference the Lord has made in my life. I know that real success isn’t about the money.”

We found it energizing to hear what he’s included on his “bucket list”. “I like problem solving. And I’d really like to solve an ‘unsolvable’ social problem”, he said. Just another C3 Leader looking to impact the culture and change the world with and through Christ. 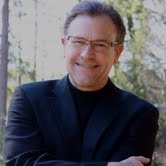