The C3 Leaders devotion is a peer-to-peer weekly reflection from business leaders related to their journey with Christ. Each weekly devotion will be written by a different author from among the C3 Leaders community, 52 unique authors to be exact.

As we go through this next year together, we pray that these words and reflections will encourage you in your relationship with Jesus Christ. 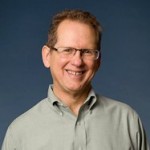 Generosity is a passion for April and me – and not just in the form of monetary giving, but in giving our whole “LIFE” – labor, influence, finances and expertise. Matthew 20:16 is a great explanation of our salvation as a gift of God’s generosity. But it seems like it also provides a blueprint for our own generosity, so allow me to draw some principles that might help us in considering generosity from the model presented by God:

So what does this have to do with our mission of “Leaders encouraging leaders to live and lead like Jesus“? Plenty! Generosity is defined in Wikipedia as “the habit of giving without expecting anything in return. It’s through Kingdom generosity that we demonstrate that our hearts of focused on God, it’s through generosity to others that we show the world that we are different. And when the world sees that we are different – with hearts that are generous and focused on serving others – they will be attracted to Christ. As leaders, it’s up to us to set the example and teach the lesson of generosity – giving liberally from our whole LIFE – labor, influence, finances and expertise.