These have long prefaced statements from business leaders in my discussions over the last couple months of this crisis. This week, these prefaces led to new conclusions…

It seems that business leaders and marketplace influencers are getting their arms around the fact that this is not a season but a whole new way of operating. 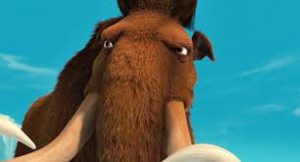 Author Andy Crouch has been much quoted for outlining three options for this time. It was either going to be a snowstorm, winter or an ice age. During our C3 Leaders’ Lunch and Learn on Monday, I heard a leader call this an “ice age” for the first time. Others may not be using the analogy, they are operating as if it were true.

This week, I reached out to a couple hundred business leaders and marketplace influencers through phone calls and Zoom C3 Forums. As I checked-in, it was fascinating to hear their settled nature and peace with this coming reality. Their past concern was becoming operational reality. It was surprisingly consistent.

This has become as real as their summer schedule. While in the past many may wind down for summer, my prediction is that this July won’t look that much different than a non-COVID February or March. Businesses and organizations that slow down in the summer, which may be their usual annual cycle, will be severely impacted. Vacations will be limited to non-existent.

This ice age-perspective is freezing income forecasting. Manufacturing companies are staggering lead times to ensure future income. Everyone is trying to stretch their PPP Loan timeline. Many see a hit in coming months that will be more significant than current economic challenges. Today they are not developing new business, so they are running on past orders, contracts, and agreements.

There was also discussion of broad changes to entire markets. The U.S. has long talked about higher education reform, now its coming. It has been long predicted that home theater systems would replace movie theaters and that looks to now be a reality. Retail was moving from storefronts to on-line and this week J.C. Penny filed for bankruptcy.

Of course, there are changes to entire markets that no one saw coming. Who would have thought that the restaurants where you couldn’t get a reservation are now at risk of closing? Or that Sea-Tac Airport would drop from 50,000 passengers departing daily to 2,500? Or that hotels would have to leave rooms empty for three days between guests?

These discussions with business leaders were not depressing. And this post should not put gloom on an already overcast Western Washington weekend.  There was actually massive hope.

While there is change, there is an amazing inspiration to adapt. During our chats, people referenced the Great Recession.  Most every business leader has been through something rough before and they know the opportunities and threats. They are ready to go. They are experienced. They are ready to burst into the future.

It is clear after this week that we are in an “Ice Age” but it is a functional “Ice Age” in which we will not only survive but thrive.