Recently the Board of Directors of C3 Leaders appointed a National Council to provide a global think tank and resource group for C3 Leaders as we look to the future.  We are pleased to announce that Dr. Raymond Bakke, General John Michel, Dave Gibbons, Tim Jenkins, Bob Lonac, Kendra VanderMeulen, Frank Haas, Steve Bell, Jack Hoover and Atul Tandon have accepted the appointment.

nded International Urban Associates (IUA) in 1989. IUA animated a network of more than 100 urban-based church and mission leaders in many of the largest cities of the world. Dr. Bakke served as Chancellor, distinguished professor of global urban ministry and member of the Board of Regents at Bakke Graduate University of Ministry. Ray is the author of a number of books, including A Theology as Big as the City and Street Signs, a new look at Urban Ministry. Doctoral students and senior associates actively involved in ministry all over the world are the beneficiaries of Ray Bakke’s mentoring and teaching. http://www.amazon.com/Raymond-J.-Bakke/e/B001K82R5M

Steve Bell is the founder and CEO of Bellmont Cabinet Company in Sumner, Washington. In 2008, Steve was awarded the Ernst & Young Entrepreneur of the Year Award for Entrepreneurial Excellence in the Manufacturing Category. For over 25 years Steve and his company have produced high quality cabinets while creating a corporate environment of social responsibility. Steve’s journey is one from humble beginnings to market leadership in his field. https://www.linkedin.com/in/steve-bell-8656966 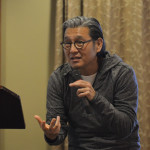 Dave Gibbons is a proven innovation strategist, author, culture specialist, and creative communicator. He has traveled the world to share dynamic insights on leadership development, regularly speaking in strategic cities throughout North America and Asia, and is the author of The Monkey and the Fish, an award-winning book on culture. Dave consults executives, artists, and the next generation of international leaders. He has served on the board of World Vision US, and helps to guide a group of third-culture faith communities called Newsong. He holds a Master of Theology degree from Dallas Theological Seminary and is a graduate from Max Depree’s Roundtable of Leaders.http://www.xealots.org/dave-gibbons-cvo-founder/ 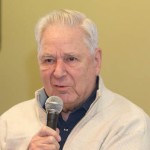 Frank Haas is the Founder and President of Leisure Communities, Ltd. Former IBM Executive, land developer and contractor. Frank has been active on many Christian governing boards across the country and is one of the founding members of the Center for Integrity in Business at Seattle Pacific University.  Frank encourages Christian leaders to live a life worthy of their call.  Frank Haas is a leader of leaders and has been an integral part of the development of C3 Leaders. https://www.linkedin.com/in/frank-haas-9122b54

Jack Hoover is the president of the Foundation for International Services and has helped establish numerous other businesses. He is active in various groups centered on Bible study, Christian business leadership and college mentorship. His interests include spending time with his family, studies of the defense of the Biblical truth, off-road adventures and billiards. Jack is a founding board member of C3 Leaders and was on the Executive Committee since the inception.  https://www.linkedin.com/in/jack-hoover-36672418

Tm Jenkins is a co-founder and past CEO of Point B, Inc., a management consulting and capital firm based in Seattle, WA. Point B’s more than 600 professionals help organizations of all types form, grow and thrive from offices across the U.S. In 2010 Tim was recognized as Ernst & Young’s Entrepreneur of the Year in Services for the Pacific Northwest. In 2014 Tim and his co-founders sold their stock back to Point B, making Point B, Inc. 100% employee-owned. Tim sits on the boards of Point B, Parametrix, Inc., an engineering, planning and environmental services company, and Solomons Fund, a private equity fund focused on small Pacific Northwest-based companies. Tim also chairs the board of trustees of CRISTA Ministries, a large non-profit with ministries in the U.S. and throughout the world. Tim holds a BA in Economics, magna cum laude, from the University of Washington and an MBA in Marketing & Finance from the University of Chicago. He is listed as a “Notable Alumnus” on websites associated with both institutions and was recently named the 2016 Distinguished Alumnus in Economics at the University of Washington. Tim is married with three children and lives in both Edmonds and Leavenworth,WA. http://www.bloomberg.com/Research/stocks/private/person.asp?personId=26836746&privcapId=4534140 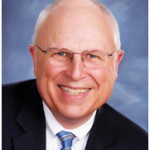 Bob Lonac is the President and CEO of CRISTA Ministries, and brings both years of top-level leadership and a marvelous heart for ministry, to his position. He oversees CRISTA’s worldwide ministry that serves in the areas of Media, International Relief and Development, Education, and Senior Living.  With a heart to serve, CRISTA reaches 8 million people annually and sees many lives transformed. Prior to his current position, Bob served as Executive Vice President and Chief Operating Officer of International Justice Mission. He helped build one of the fastest growing NGO’s serving the victims of oppression around the world. Bob promoted and encouraged organization staff and volunteers through extensive travels to the developing countries in which they served. He also focused comprehensively on the development of both human and financial resources to see the work advanced. From 1967 to 2000, Bob worked in various capacities in Young Life, with his last five years there as the Senior Vice President for the Western Division Field Operations. He focused on developing leadership and organization infrastructure in order to grow this world wide ministry to youth. https://www.linkedin.com/in/bob–lonac-ab8a4117 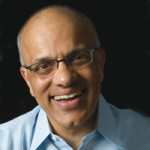 Atul Tandon is the Founder and CEO of the Tandon Institute is a global entrepreneur, non-profit leader, humanitarian & author with a 30-year track record of successfully birthing, building, scaling and turning around some of the world’s largest, best known and most impactful for-profit and non-profit enterprises & networks. My work has impacted industries as wide as Consumer Banking, e-Commerce, Humanitarian Relief and Development, CRM and Direct Marketing. Specialties: Consumer Banking, Non-Profit Management, Humanitarian Relief and Development, e-Commerce & digital media, CRM, Direct Marketing, Atul served as the Executive Director, International Network & Executive Vice President of Investor Relations at United Way International and as the Senior Vice President of Donor Engagement for World Vision. Prior to serving these two international organizations Atul was with Citi Bank as the Global Branch Director.   https://www.linkedin.com/in/atultandon1

Kendra VanderMeulen is President of National Christian Foundation Seattle where she loves growing in her Journey of Generosity and helping those she serves to do the same. She helps people Simplify their Giving and Maximize their impact by leveraging the value of asset based giving. Kendra is a veteran of the wireless telecommunications industry, having served as the Executive Vice-President, Mobile at InfoSpace and as the Senior Vice-President and General Manager of the Wireless Data Division of AT&T Wireless. She is currently an active Board Member and Advisor to a variety of companies in the wireless Internet arena. Kendra received the Distinguished Alumna award in 1990 from the College of Engineering and is the recipient of the 1999 Catherine B. Cleary award as the outstanding woman leader of AT&T. She was also recently recognized by C3 Leaders with the Ralph Palmen High Ground Award. Kendra serves on the Boards of B-Square, Inc., and Inrix, Inc. She also serves on the boards of National Christian Foundation and the Center for Integrity in Business at Seattle Pacific University. https://www.linkedin.com/in/kendra-vandermeulen-cap%C2%AE-b558206