Who will help you build your life and leadership on the values of Jesus? 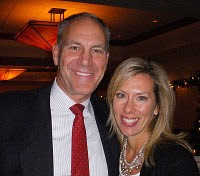 As a pioneer in the financial planning industry, Jerry Brown has been an agent of change, growth and creativity on a national scale for some three decades. A dedicated and enthusiastic professional, Jerry began his successful career in the financial services industry in 1974. He earned the distinction of being the top salesperson in a national sales force of over 5,000 people while still in his 20’s. By 1983, prior to reaching age 30, he Co-Founded Financial Network Investment Corporation (FNIC), which would become one of the best and biggest independent Broker Dealers in the U.S. Jerry is married to his best friend, Tina, and his love for God and family have made him as respected personally as he is professionally. Jerry loves coaching and understands the value of understanding your life and leadership. Jerry chairs a forum in Auburn Washington with Steve Bell and one in Bellevue with Bob Nuber.  Read More… 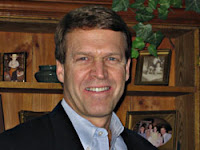 Bob King is a strong executive leader with over 25 years of experience leading and managing manufacturing and distribution companies. The breadth of his experience ranges from Fortune 100 companies to $10M privately held concerns. Bob has exceptional communication, analytical and team building skills which have proven to be essential assets during the many customer negotiations, process improvement initiatives, mergers, acquisitions and restructurings in which he has participated or led. Bob and his wife Jeanie live in Bellevue, Washington. Bob is a forum chair for two Pinnacle Forums for business owners and CEO’s…  Read more….

Ward, together with his wife, Dixie, has given much of his fifty years in ministry to the role of pastor in three churches. Ward is the Executive Director of CASA Org. a ministry helping churches engage those in mid career and beyond. He is Senior Pastor Emeritus, Valley Christian Center, Dublin CA and Executive Pastor Emeritus, Westminster Chapel, Bellevue WA.
Ward has written for newspapers and national magazines including Church Executive, Enrichment, Evangel, Leadership and Significant Living. He is lead editor for the website goCASA.org. He has authored several books including the novels Without Warning, Vanished and a recently recorded audio novel, Pursuit. Ward speaks at retreats and conferences throughout America and elsewhere on the unparalleled importance of today’s Christians in life’s second half. A pastor, writer and professional coach, he acknowledges being energized by people, but says reading and long walks “feed his soul.” Ward and Dixie have two adult children and seven grandchildren. Their interests and work have taken them to nearly 50 countries of the world. Ward chairs a Pinnacle Forum in Bellevue Washington. Read more…
Previous StoryPinnacle Forum Northwest Moving Forward
Next StoryThe Pinnacle Journey©