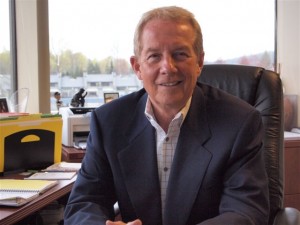 Barry Horn is the Senior Vice President and National Sales Manager for Guild Mortgage. Barry  joined Guild in 2008, when Guild acquired the assets of Liberty Financial Group, a full service mortgage banking company based in Bellevue, Washington, that Mr. Horn founded in 2001. His leadership skills kept his team strong before, during, and after the transition to Guild. Mr. Horn is responsible for production in Guild North, centered in Washington, Idaho, and Colorado. Including his service as Chairman and CEO of Liberty Financial Group. Barry’s  executive management includes service as assistant to IBM’s Chairman of the Board, as Executive Vice President of Worldwide Sales of Attachmate Corporation, a $400 million software company, and as CEO of Saltmine LLC, an E-business web development and consulting company. His entrepreneurial experience includes forming New Link Corporation, a security software company, which he later sold to a public company in Great Britain. In addition, he sold another software venture, SafeData, to an acquiring company. Barry received a B. A. degree in Economics and Finance from Taylor University. Barry loves business and cares about people in business. He is passionate about helping business people find a way to serve others whether locally or internationally. After traveling to Guatemala and helping coffee farmers build a road that helped them become competitive in the market, Barry founded Liberty Road Foundation to help businesses serve local non-profits in the Seattle area. Barry and his wife Joan live in Clyde Hill, WA.