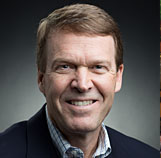 Bob King is a strong executive leader with over 25 years of experience leading and managing manufacturing and distribution companies. The breadth of his experience ranges from Fortune 100 companies to $10M privately held concerns. Bob has exceptional communication, analytical and team building skills which have proven to be essential assets during the many customer negotiations, process improvement initiatives, mergers, acquisitions and restructurings in which he has participated or led. Prior to starting C.O.O. Services, LLC, Bob served as President of a national, multi-site, manufacturer of office and school supplies. During his nine years there, sales grew over 300%, through both organic sales growth and acquisitions. In addition to two mergers and subsequent integrations, Bob developed the strategic plan that called for the company to move from a small west coast only player to become a major factor in the industry throughout North America. This plan included development of a national sales team as well as national distribution capabilities. Major clients included 3M, Costco and Staples. Prior to that, Bob served in several capacities, from Connecticut, to Colorado, to Seattle, as Area President, Executive Vice President and General Manager and Transition Team Leader for Unisource Worldwide (or predecessor companies), a then New York Stock Exchange listed, $9B, distribution and logistics company. During this time, Bob had full P and L responsibility for divisions ranging in size from $100-$400M, with multi-channel sales forces of up to 100 people. Married for over 25 years, Bob and his wife, Jeannie, have three children; boy, girl twins who are in college and a daughter in high school. He has served on several industry panels, Chaired his Church’s Board and currently sits on the board of a large Christian camp and conference center. He is an avid sportsman who enjoys fly fishing, skiing, hiking, trap shooting, golf, running, cycling and competing in local triathlons. Bob chairs two C3 Leaders Forums and is serves on the Forum Development Committee.