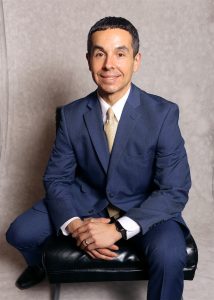 Jorge recently started his own legal practice, Followed Thee, PLLC. He has spent his entire life in the Pacific Northwest, growing up in Kent and attending the University of Washington and Seattle University School of Law.

Jorge had been practicing family law for eight years when God radically changed his life. With a profound duty to Jesus and His Kingdom, Jorge took a position with the Pacific Justice Institute to defend religious liberties. Jorge successfully established PJI’s presence in Seattle. During this time, he joined the Board of Groundwire, which runs the Jesuscares.com ministry, and was led to a C3 Forum. He regularly speaks at Union Gospel’s Riverton Place and volunteers at various nonprofits throughout the State.

Realizing that the Kingdom message calls us to redeem every facet of life, Jorge returned to family law, hoping to be a light amid the chaos.

Jorge is married with three daughters. He is an avid reader and loves fitness. He has run several half- and full marathons and hopes to complete an IronMan.