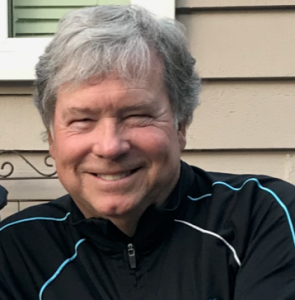 Daryl is originally a Kansas boy who spent his formative years overseas in India, where his Dad worked for the US Department of State. After attending the American International School in New Delhi, he graduated high school in a Boarding School in South India, founded in the year 1900 by Christian missionaries. The family traveled several times around the world to and from India, so he has always loved international travel particularly to London & the United Kingdom. After graduation, he returned to the United States for College.

Daryl first received a Bachelors in Chemistry. After deciding he was born more for Business than for science, he obtained an MBA from the University of Illinois at Urbana Champaign and a CPA, beginning his business career
in the Chicago Office of KPMG. Asking for and receiving a transfer to the Seattle office after 2 years, he finished
his 7 year career with the firm first as Audit Manager, then Senior Consultant in the Consulting Group. He then went on to roles as Controller, then VP CFO for an ESOP company, before acquiring his own small company. He has now built his own group of companies in the Home Service and Construction Industries.

Daryl has served on several Boards, including Emmanuel University Friends Board, Hyderabad, India, and Kodaikanal Friends International, the US Friends Board of Kodaikanal International School, South India. Most
recently he termed out after 9 years as Chairman of Finance and Facilities for the Board of Trustees, Seattle Pacific University, member of the Seattle Pacific Foundation Board, and Treasurer of the Institution.
He is passionate about the importance of preserving Religious Liberty for Christian Organizations.

Daryl and his wife Elsie share their time between Seattle and Scottsdale, and attend Scottsdale Bible Church. They have 2 grown sons, Brent and David.